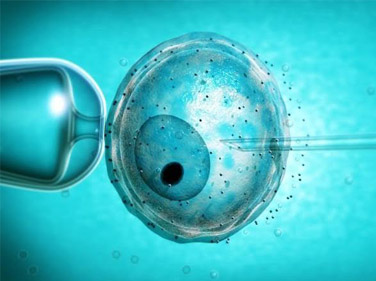 Historically before the latter 20th century, women were conceiving in their teens and twenties, when age-related abnormalities with the egg were not evident. However, in our modern era, women are delaying child birth until their thirties and forties, which has lead to the discovery of the adverse effect of advanced maternal age on egg function. In fact, female age-related infertility is the most common cause of infertility today. For unknown reasons, as women age, egg numbers decrease at a rapid rate. And as aging occurs, egg quality, or the likelihood of an egg being genetically normal, decreases as well. Hence the ability to conceive a normal pregnancy decreases from when a woman is in her early 30s into her 40s. A woman is rarely fertile beyond the age of 45. This applies to the ability to conceive with her eggs, but not with donor eggs.

Normal and regular ovulation, or release of a mature egg, is essential for women to conceive naturally. Ovulation often can be detected by keeping a menstrual calendar or using an ovulation predictor kit. There are many disorders that may impact the ability for a woman to ovulate normally. The most common disorders impacting ovulation include polycystic ovary syndrome (PCOS), hypogonadotropic hypogonadism (from signaling problems in the brain), and ovarian insufficiency (from problems of the ovary). If your cycles are infrequent or irregular, your doctor will examine you and perform the appropriate testing to discover which problem you may have and present the appropriate treatment options.

As discussed previously, a history of sexually transmitted infections including chlamydia, gonorrhea, or pelvic inflammatory disease can predispose a woman to having blocked fallopian tubes. Tubal occlusion is a cause of infertility because an ovulated egg is unable to be fertilized by sperm or to reach the endometrial cavity. If both tubes are blocked, then in vitro fertilization (IVF) is required. If a tube is blocked and filled with fluid (called a hydrosalpinx), then minimally invasive surgery (laparoscopy or hysteroscopy) to either remove the tube or block/separate it from the uterus prior to any fertility treatments is recommended.

Fibroids are very common (approximately 40% of women may have them) and the mere presence alone does not necessarily cause infertility. There are three types of fibroids: 1) subserosal, or fibroids that extend more than 50% outside of the uterus; 2) intramural, where the majority of the fibroid is within the muscle of the uterus without any indentation of the uterine cavity; and 3) submucosal, or fibroids the project into the uterine cavity. Submucosal fibroids are the type if fibroid that has clearly been demonstrated to reduce pregnancy rate, roughly by 50%, and removal of which will double pregnancy rate. In some cases, simply removing the submucosal fibroid solves infertility. Often, but not always, submucosal fibroids can cause heavy periods, or bleeding between periods. There is more controversy regarding intramural fibroids, where larger ones may have an impact and may necessitate removal. Subserosal fibroids do not affect pregnancy. Your physician will examine you carefully to determine if you have fibroids and if removal is necessary.

Endometrial polyps are finger-like growths in the uterine cavity arising from the lining of the uterus, called the endometrium, These abnormalities are rarely associated with cancer ( < 1% in a woman before menopause), but polyps are can decrease fertility by up to 50% according to some studies. Removal of polyps by the minimally invasive procedure hysteroscopy is associated with a doubling of pregnancy rate. In some cases, simply removing the polyp solves infertility.

Male factor infertility has been associated as a contributing factor causing infertility in 40-50% percent of cases, and as the sole cause for infertility in 15-20% percent of cases. If a semen analysis is found to be abnormal, generally it is first repeated to confirm the abnormality. Once confirmed, the male partner is referred to a reproductive urologist, especially if the abnormality is severe. In some cases, the reproductive urologist can improve semen function by recommending certain lifestyle changes, by hormonal treatments, or by surgery. In most cases however, sperm function may not improve and therefore any attempts at pregnancy may require additional treatments or procedures performed by our clinic. Options include intrauterine insemination (also known as IUI) or IVF with intracytoplasmic sperm injection (also known as ICSI).

Intrauterine insemination is a process by which sperm is washed and prepared for placement into the uterine cavity, therefore bypassing the cervix and bringing a higher concentration of motile sperm closer to the tubes and ovulated egg. At least one open tube is required for IUI, and the sperm abnormality cannot be severe otherwise the sperm will not be able to swim to and fertilize the egg.

Intracytoplasmic sperm injection is a process by which semen is washed and prepared for direct injection of one sperm into each egg collected during the IVF process. In order to perform ICSI, an egg is held via a small suction pipette, while one sperm is injected into that egg using a very fine glass needle. This process bypasses the normal fertilization process, which may be compromised due to poor sperm function. Your doctor will analyze your semen analysis carefully and help you decide if ICSI is an appropriate treatment for you.

Endometriosis is a condition whereby cells very similar to the ones lining the uterine cavity, or endometrium, are found outside the uterine cavity. It is found in approximately 10-50% of reproductive-aged women and can be associated with infertility as well as pain during intercourse and/or menstrual periods. Endometriosis causes infertility by producing inflammation and scarring, which can result in not only pain but also potentially detrimental effects on egg, sperm or embryo. Endometriosis can only be confirmed by surgery, usually laparoscopy. If endometriosis is found, it can be surgically removed by various methods, and its removal may lead to a decrease in pain as well as improvement in the ability to conceive naturally. Your doctor will determine if you are at risk of having endometriosis based on a careful history, physical exam, and ultrasound.