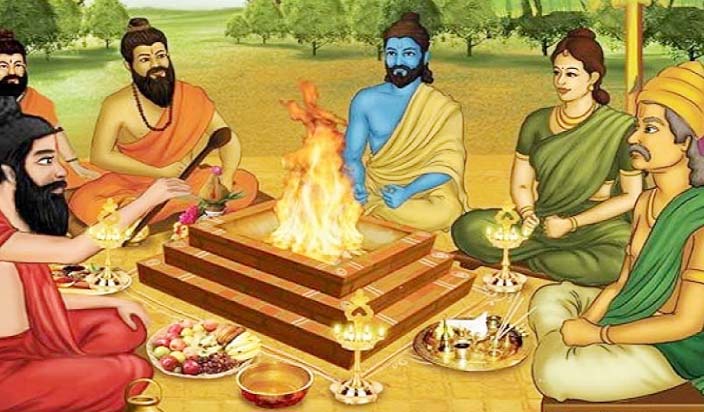 Here is the evidence that proves Lord Rama was born from assisted reproductive technology. Find the full story below :

King Dashrath is perhaps the first reported case of infertility in the world. Trying to achieve fertility, he conducted a horse sacrifice, and for this he received God-sent porridge. This porridge was divided among his wives: Half was given to Kaushalya, the eldest wife, one-fourth to Sumitra, and one-eighth to Kaikeyi. The remaining one-eighth portion was given to Sumitra as well. These queens bore the princes Rama, Lakshmana, Shatrugan, and Bharata. It must be noted here that though Dashrath might have been the cause of subfertility (male factor), the treatment described was female-centric, and was the forerunner of induction of ovulation.

Not only Lord Rama, even Mata Seeta was born out of the Mother Earth (Surrogate Mother).

Don’t trust. Read the story below:

Janaka, King of Mithila, tried a different mode of treatment. Unable to beget children, he and his wife received their daughter Sita as a gift from mother Earth. This was probably an example of adoption, or surrogate motherhood, practiced with utmost confidentiality.

Here is an another example from Ramayana proving that ART (assisted reproductive technology) is not a  new thing.

Sagar, the King of Ayodhya, was affected by infertility as well. His wives Kesini and Sumati received medication from Sage Bhrigu who asked them to choose between two types of drugs. Sumati opted to take an “ovulation inducer” which created 60000 capable sons. Unfortunately, all of them met an untimely death at the hands of Sage Kapila in patala (Hell). Kesini elected to have just one son, who turned out to be the cruel, lunatic murderer Asananjas. His son Amsumaan continued the Sagar dynasty.